After an uneasy nights sleep, I made the short drive to Lost Farm at around 7.30 in the morning. As I pulled in, Kingslayer and Eags were already in motion, moving toward the chipping green. The balls went up, and I was paired with Hux against Nudgee and Peter-RS. Well ... didn't we give them a pounding .. a 5/4 victory to the good guys. After the match was over, we let them sneak back some respect by winning the back 9. Hux played awesome ... the week of golf in Victoria obviusly agreed with him as he pummeled the front nine for 21 points. We've named the 8th (Par 5) at Lost Farms the Convenience Store hole ... after Peter_RS and Nudgee had a 7-11 (in that order) ... lets face it ... it was an absolute shellacking ..
Onto the afternoon round, where I was paired with Peter_RS against Choppa and Shazza_RS. I hardly expected Pete and Shaz to be walking down the fairway together holding hands, seeing they were on opposite teams ... but the sledging between the two ( ... ok .. the sledging from Shazza) had to be heard to be believed ... not for ears under 16, so I wont post some of them here ...
Anyway ... lets just say that after Pete and I were 1up after nine ... and Pete had had 20 points up to then ... that he kinda fell asleep a little ...
In the other match, Nudgee and Eags got some revenge on Hux and Kingslayer, and Nudgee got his $5 back.
The course is great ... it needs some time to settle a bit, and they need to get the drinks cart out a bit more often ... but it was nice to see what everyone has been talking about. We all have plenty of photos which will be posted at a later date. The stretch of holes (13, 13a, 14 and 15) is spectacular.
The walking wounded attended dinner at Barnbougle ... will be interesting to see who will be ready to go tomorrow...
Oh yeah ... almost forgot ... I saw a rather large black snake and ran away like a girl. 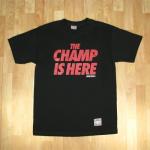