Here we go boys. the release ffrom TM is out and everyone wants a crack.

Instead of looking at the golf mag reviews and independant sites, i thought i'd put my own review up of someone without a bias and isn't getting paid to generate sales.

The conditions:
Both drivers were tested indoors initially on a launch monitor, before taking the R11 out on course.
Course conditions were quite windy, but good greens and decent fairways.
Launch Monitor: Swing speed average 114mph.

Personally I prefer a driver that has quite a stiff shaft with a low kick/flex point. In that case, I tried both drivers with the stock shaft offering: Fuji Blur 60 in the standard R11, and the tour spec Fuji Blur 65 in the TP model.

The Drivers themselves:
The standard R11 had a nice feel and came of with a fairly solid feel (think similar to a 3 wood). I wasn't especially happy with the shaft offering which seemed to have a fair bit of 'whip' to it and I felt that I had to really, really concentrate to keep everything lined up and so my hands to get ahead.

The ball flight was quite promising. Mid-low to Mid launch and didn't seem to get a huge amount of height ( I hit the ball quite high), but carry was out there as well. I can't remember ball speed, but I do remember the spin rate and it was on average 2600 - 2800 rpm (a hell of a lot lower than my current R7 Limited).

The R11 TP had an awesome feel to instantly. There are times when you can pick up a club or out on a pair of shoes and without moving a step think "yep - this is for me". The 65 shaft seemed to complement the head in my opinion better than what the 60 did in the standard. It has a very low kickpoint, and a very low torque rating (2.7 torque, correct me if i'm wrong on that) that made it feel stiffer. On initial pick-up, I actualy thought that it felt quite heavy (comparitively) but still felt nice.

It must be said as well, that even TM have said that there is no difference in the head of the standard or the TP model. It comes down to the shaft.

The ball came off like a tracer everytime. Starting slightly right and coming back on my natural draw. After making some changes to the weights, I found that I was hitting the ball as close to perfectly straight as I have ever done, and doing it consistently. Without any other changes, I was generating approx 2300 - 2500 rpm spin rate and an average on the computer of 274 yds (including mis-hits). I adjusted the loft to 1* less (bringing it down to 8*) and that brought the spin rate down to about 18/1900 rpm.

The TP model came out on the course with me and it performed even better than expected. I'm currently playing Penta's and the came off the club face with a low - mid low trajectory and kept on flying to about 250 - 270 metres and then 10 - 15 mtrs run out. The best part - the ball went exactly where i wanted it to go, wind and all.

All in all, this is staying in the bag. Period. No refunds, exchanges or returns. Not for sale either (sorry jarro). After about 5 or 6 shots on the launch monitor, I quickly got used to the White head and would have to agree, it is easier to line up.

I can't quite understand why the TM guys say it's designed for a better player though. I would not suggest this club if you have slow swing speed (90 mph as a minimum) as I just don't think you will generate enough club head speed to make it worth while.

If you have a higher swing speed, forget the standard model. The TP is the way to go. 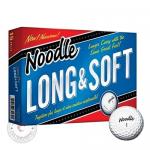